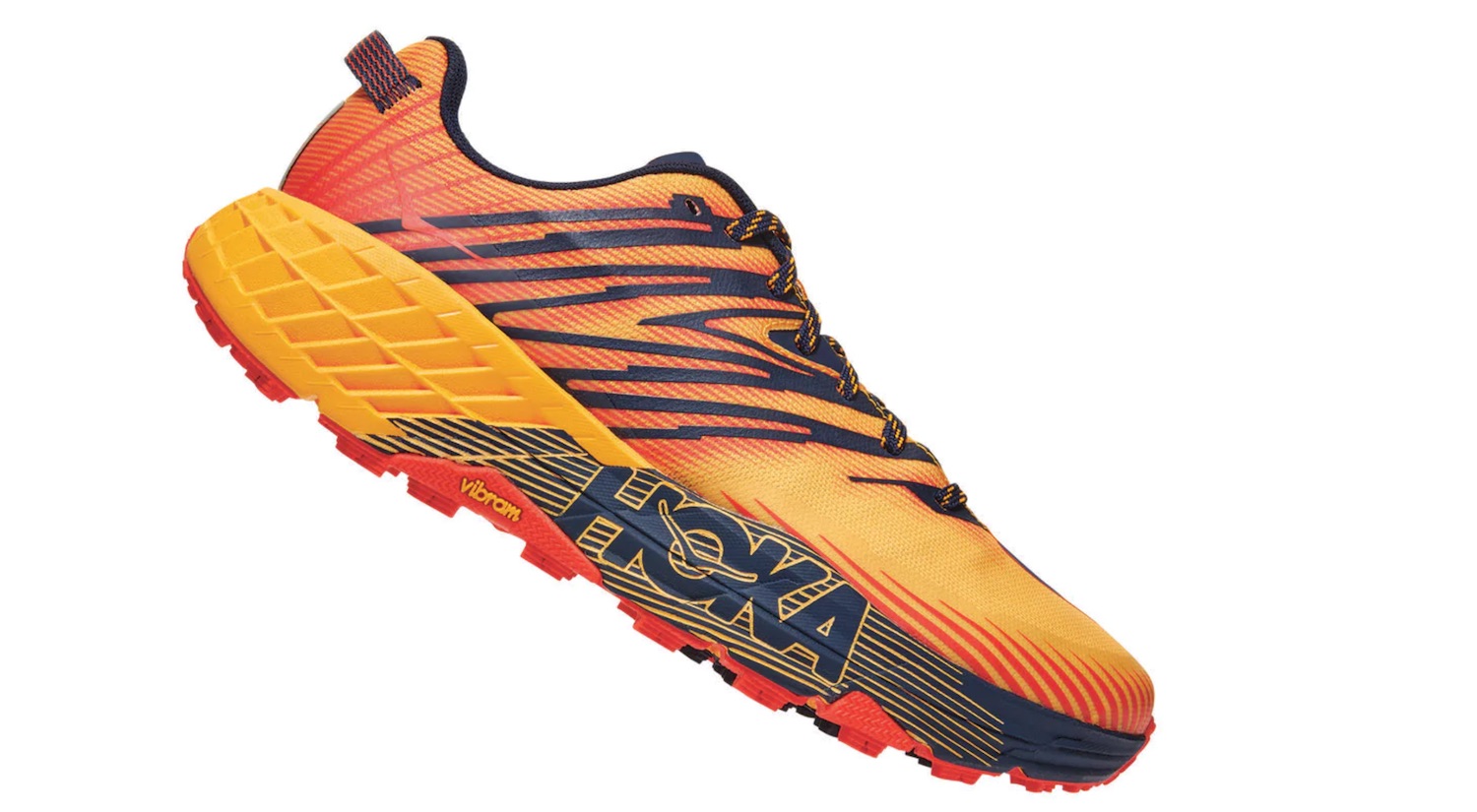 I recently obtained a pair of Hoka One One Speedgoat 4 shoes, and thought I would do an initial impressions review.

I’ve racked up just over 1000 KM with my previous daily trail running shoes (Saucony Peregrine 10 ST) and after wearing them down and getting a little bored, I thought it was time to change things up with something different.

Just as I did with the Saucony trail running shoes, I’ll be sure to follow up this “initial impressions” review with a full review once I’ve added more mileage to the Speedgoats. So getting right into it, here are my initial Hoka Speedgoat 4 impressions…

The first two things that I noticed after taking my first few steps were:

The first run I took the Hoka Speedgoat 4’s on was a good combination of different types of terrain and conditions.

It had just rained the day before and there was a lot of sloppy mud and uneven trail in places. There were also extended areas of gravel and dirt path and roads, puddles of water. Lastly I had some steep inclines that alternated between clay and chunky rock up hill.

After completing this route, along with a couple of other runs, I’ve noted the following points:

I’ll be trying these out on longer distances as we move into the new year. I plan on taking these out on a marathon distance on the trails soon, and provided my current opinion doesn’t change too drastrically I’ll also be putting them up to an ultra marathon or two as we head to warmer weather this year.

This is the only concern I have though – longer distances. Surely with all this cushioning there is going to more energy absorbed (and lost) that would have otherwise transferred through to my forward momentum? Something to report back on in a full review for sure.

I hope that they provide good comfort and protection on longer trail runs without too much energy loss. Over many miles this potential extra energy loss could amount to a lot.