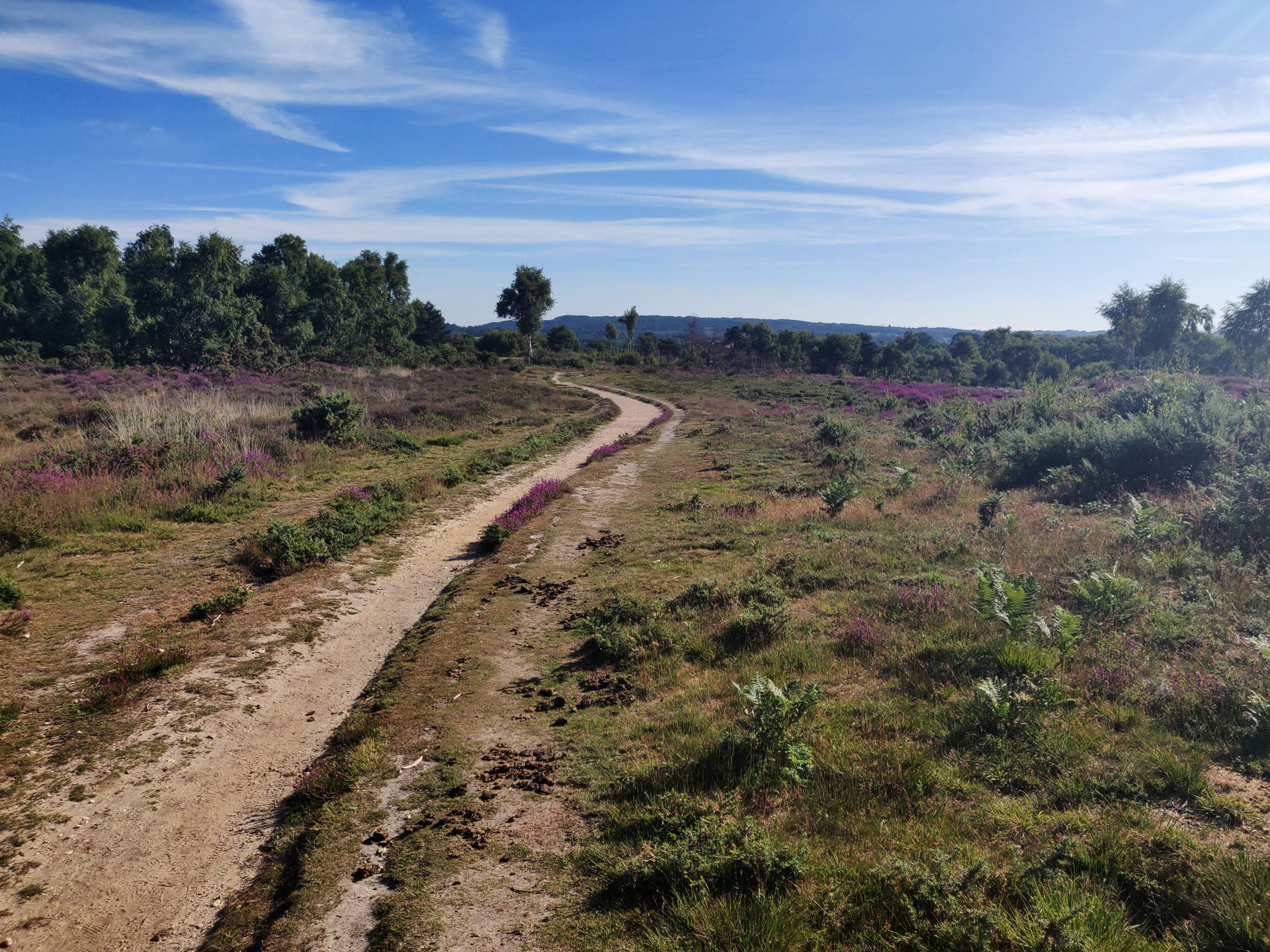 Recently I combined a segment of trails that I often run, with a part of the Serpent Trail route in the South Downs National Park. For those unaware, this area is located in the UK. This combination of routes formed the basis of my own, custom Serpent Trail ultra run.

I’m not a huge fan of running official events and tend to make up my own routes to run. My enjoyment of creating personal routes and challenges has become quite useful recently with COVID-19 leading to most official events being cancelled.

I used my ultra trail running preparation guide and left at 6am in the morning. The weather was cold (at around 9 ℃) in the morning. By the end of the day it ended up being quite hot and humid.

The Serpent Trail itself runs from Haslemere all the way to Petersfield in an ‘S’ like pattern. In total the route covers about 88km with roughly 3000m of elevation gain.

I wasn’t going to run this entire route though. My trail run took me from the area around Liphook around a local range gravel track, circling back into the town of Liss. From there I started on parts of the Serpent Trail.

My route was not a perfectly aligned to follow the official trail though. Some sign boards were difficult to find and I found myself skipping parts. The benefit of doing the run like this meant I was able to discover areas I had not run yet, further away from my home base.

The first section I took went about 1km along normal, tarred road. I entered a small trail that goes past “Conford House” and some horse meadows. There is a stunning area of water around this point too.

From this point I entered the Longmoor military range perimeter track. I spotted a Deer crossing over here.

Despite being quite flat and boring itself, the range perimeter trail has some fantastic sights along the way. You just need to glance off to your sides to find these.

Entering the Serpent Trail After Liss

I entered the Serpent Trail near the town of Liss.

I then followed it around to Borden. However, at this point, I decided to cut south, down to the bottom leg of the Serpent Trail, coming out near Dumpford.

There are so many public bridleways and paths in the area that making shortcuts and massive alterations to routes like this is relatively easy.

This is where more of the elevation started happening. The run had up until this point been quite flat and easy. (See green area marked below).

Borden and Cutting South Toward Dumpford

The trails got far more interesting and fun to navigate on the way to Borden and cutting across to meet up on the bottom segment near Midhurst.

The photos below are from the trails at about 17km+ into the run.

There are some massive, sprawling farms around Borden. I captured one or two photos along the way. This is the section where I made a few small diversions off of the Serpent Trail.

From Dumpford I made my way east along the Serpent Trail route into Midhurst.

At Midhurst I turned around and followed the same trail I had taken back to Borden.

Arriving back at Borden, I split up a different path back home. This took me through many more woodlands, meadows, fields, and trails until I entered the area around Rake.

The terrain got quite tricky at times with lots of overgrown fields and wooden step-over fences to jump. This was to be expected though, especially with making small alterations to the official route.

I made a couple of random pauses to check for ticks here. The trail I was taking was quite off-track and I was brushing through many overgrown paths that were not used very often from the look of them.

Once I was back to Rake, I followed the remainder of the Serpent Trail back towards Liphook, passing through the local golf course, A few kilometers further past that is where I ended the run.

Summary Thoughts On the Route

In summary, the Serpent Trail ultra route I came up with was scenic and interesting. The initial track and trail run from Liphook to Liss covered almost a half-marathon distance segment which was quite flat and easy. From there, things got trickier with more elevation and proper offroad trails with lots of uneven woodland trails and rocky sections.

There wasn’t a lot of elevation (600-700m total), but the woodlands, trails and route changes made up for that.

Cutting south to the bottom segment of the Serpent Trail was a nice way to see more landscape and trails further south of what I am used to. I’m happy I made that crossing from Borden to Dumpford.

If you don’t mind skipping parts of the Serpent Trail then it’s totally possible to do so. Just look around for public paths or bridleway signs heading in the general direction you want to go.

Another option to use the Alltrails app and have that open. It makes locating of trails and hidden pathways a lot easier.