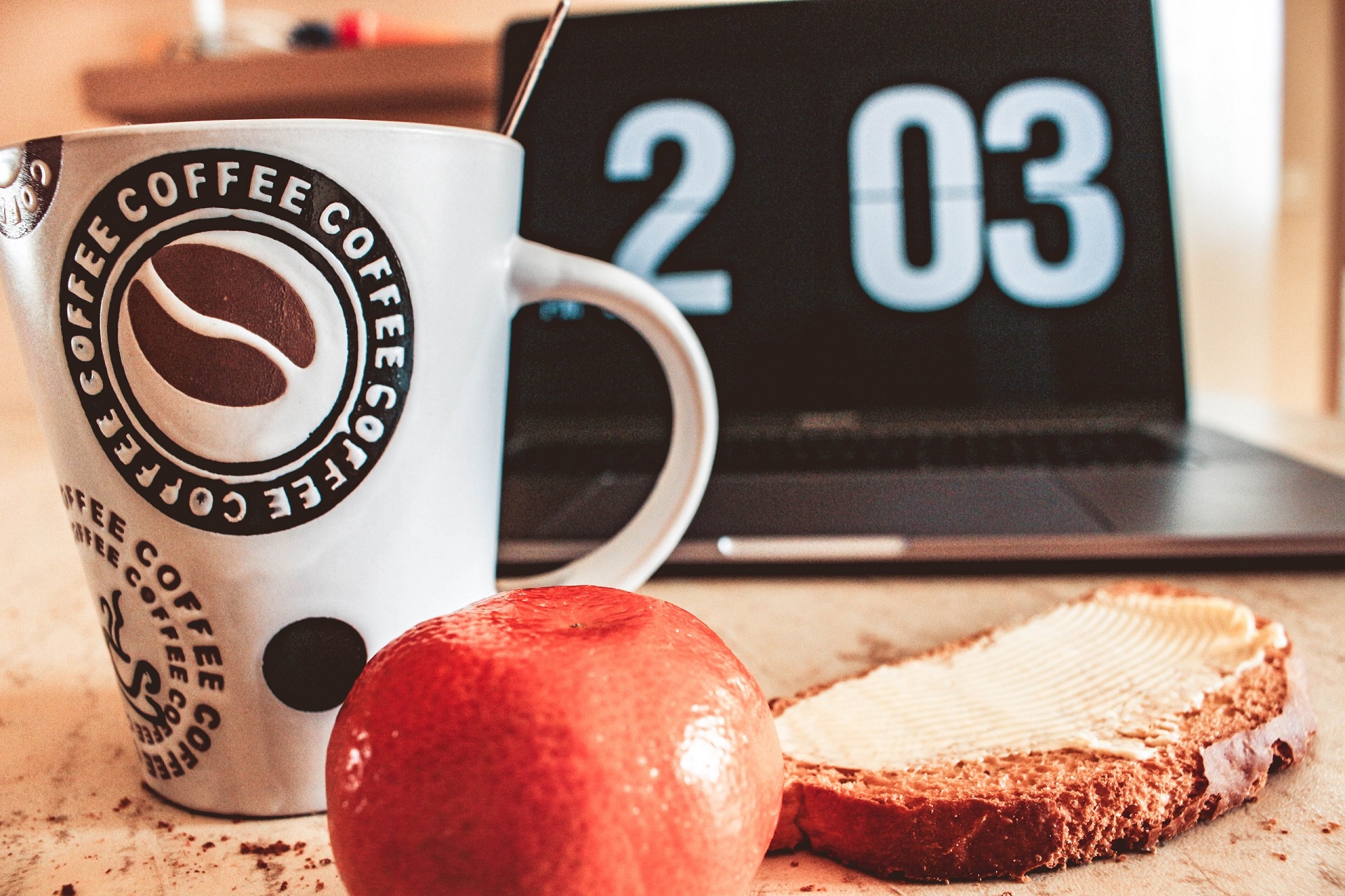 I like to eat before running. The key I’ve learned, is not to eat too soon before doing so. There is nothing worse than experiencing stomach muscles cramps, having just shoved a grilled cheese and tomato sandwich in my face an hour before a run.

Over the years I’ve slowly (and painfully) found a good routine with regard to what I eat before running, as well as how much time I should leave between that meal and my run.

To clarify, this post will be focusing on runs (or trail runs) anywhere from around 5km up to about 30km in distance. This is purely based on my own personal experience with day-to-day training and eating routines.

What I Eat Before Running

My go to winner I’ve found is a small slice of toasted wholewheat bread with crunchy peanut butter and a nicely ripened banana. This tends to go down well if I eat it about 1 hour before running.

The embarrassing thing is that it took me years before coming to the above realisation. I’ve failed so many times with bad meal choices in the past that I could probably write an entire recipe book titled ‘Meals that you definitely should not eat before running’.

The problem, I think, is that I always let my brain’s persuasive and overpowering decision making win when choosing a pre-run meal or snack.

My choice of wholewheat toast and peanut butter, along with a banana is centered around these ideas:

I find that these two items digest relatively quickly for me, and don’t hang around in my stomach, which would otherwise cause muscle cramps and discomfort.

The exact food choices here also play into timing, which is the other important part of the running balance equation.

When to Eat Before Running?

I have attempted running right after a medium sized meal, and that really did not go down well at all. I ended up staggering home, wishing I could conjure up a magical bottle of Gaviscon to soothe the acid reflux.

I’ve also tried running first thing in the morning on an empty stomach, and I always feel slow and sluggish.

This is the catch-22 situation: Eat too soon before running and you’ll likely suffer muscle cramping. Eat too far off and you risk depleted glycogen reserves in your muscles. You’ve got to get the timing right, as well as the type of food. If that wasn’t already difficult enough, you also need to consider the distance you’ll be running.

My assumptions in this post are for running distances of less than 30km, which I find manageable on a simple slice of toast and a banana an hour before.

Alternatively, I find this distance manageable after waiting between 3 and 6 hours after a medium to large sized meal.

If you are eating larger meals before running, like a breakfast or lunch, then definitely consider waiting longer before you set out.

I can’t run for at least 3 hours or so after a medium sized breakfast (cereal or fried for example). On the topic of fried breakfasts, I find those digest a lot slower and I still might experience cramps even with a 3 hour wait before running.

I’ll also always prefer to run before eating a lunch. I save lunch for my post-run carbohydrate load to help build up glycogen stores after depleting them, and rely on my earlier digested breakfast (or my banana and toast light snack an hour before) for energy.

It’s important to replenish glycogen levels soon after running. I personally find this a difficult balance with longer runs, as I tend to get stomach muscle cramps if I eat too much too soon after a long run where I’ve been pushing my pace.

Suggestions for this meal tend to be around combining some proteins with carbohydrates. The proteins help with muscle recovery, while the carbs assist with replenishing glycogen, which in turn can be used to supply energy to your body for that recovery process.

I’ll usually eat something small and easily digestable when getting back, aiming for food that has a combination of protein and carbs. Once this is done, it’ll generally tide me over until a full meal like lunch or dinner a bit later on.