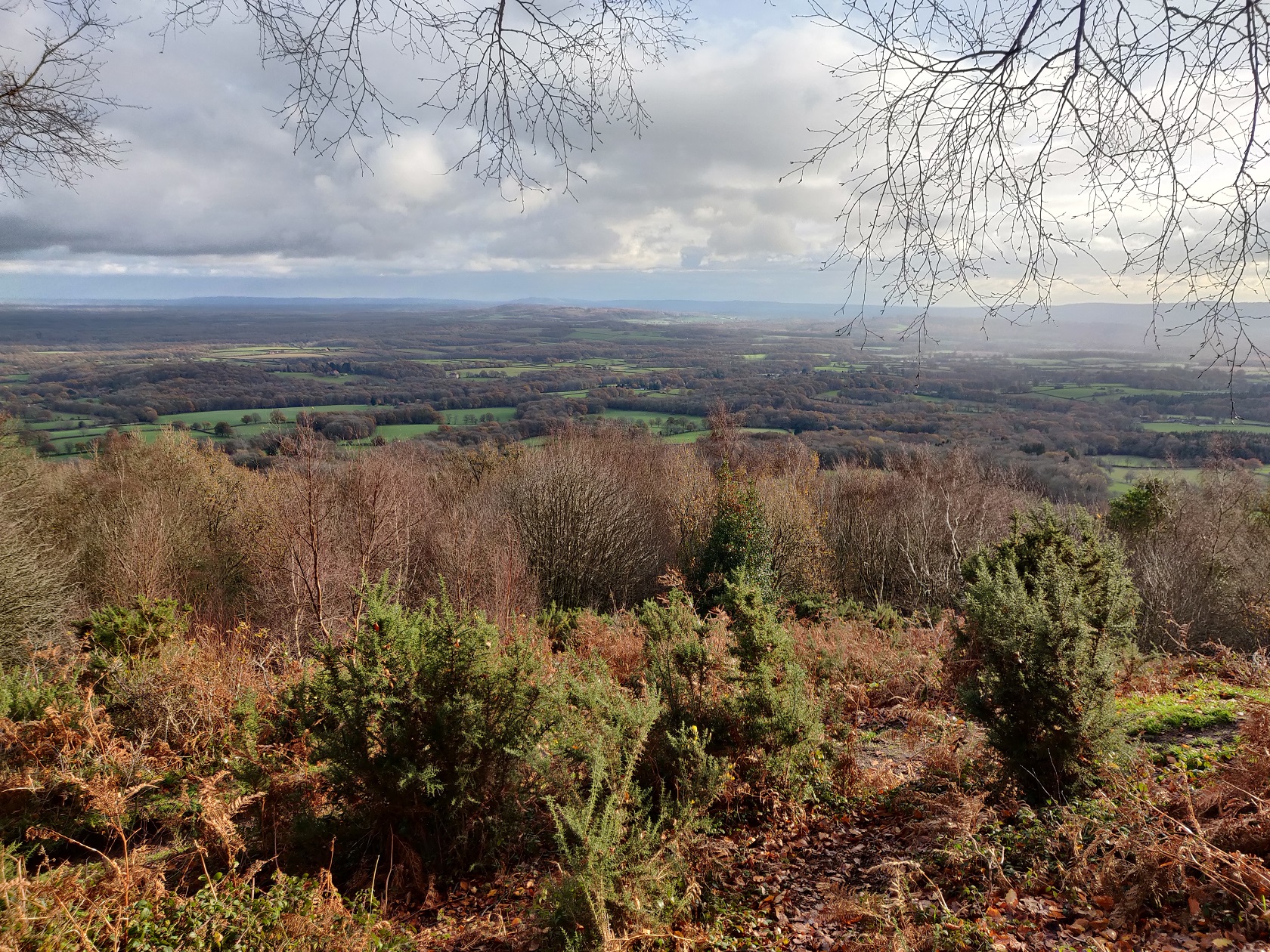 On a typical autumn evening for me, this wonderful year of 2020, I was packing my Osprey Kestrel backpack for a spur of the moment wild camp idea being social and totally working on important stuff.

A few nights prior I had decided I wanted to wild camp somewhere local, and to hell with the cold weather and bad timing!

If you’re not familiar with the idea of wild camping, it effectively involves setting up a (hopefully) very minimal camp in the wild. That is, not in any known or certified camping locations, but out in nature, wherever you choose.

Living in the UK around the South Downs area means there are a number of great trails and areas of nature for me to explore. I’ve explored many already on my trail runs, such as with my Serpent Trail ultra runs.

However wild camping is a very ‘grey’ area in England and Wales. In Scotland, it is legal to wild camp, except for a few specific areas. Here in England or in Wales, you need to ask permission from private land owners first if you intend to wild camp on private land.

There are some areas where it is ‘tolerated’ such as parts of Dartmoor though. In my case, I planned to be a bit sneaky and stealth camp on common land. I marked off a few good choices with good cover on my OS map before setting off.

This was going to be awesome. I would have a very lightly packed, minimal assortment of gear, so light in fact that I would be able to trail run and maybe walk parts of the 30km route to my planned wild camp location. The timing would be impeccable too. I would arrive around sunset to pitch my tent as stealthily as possible.

No. No, that is not the way it turned out.

My 6-7 kg pack weight goal quickly turned into a total weight of 14 kg by the time I was done packing.

With the cold weather (forecast temperature was -1 degrees celcius for the night I was wild camping), and my lack of wild camp experience, I quickly assumed the form of a heavily loaded pack mule.

My idea of doing a bit of trail running was quickly burned down to the ground as I lifted my Osprey backpack for the first time.

Luckily I had marked off a bunch of potential wild camp locations closer to home on my map. If I set out earlier and didn’t make it to my planned destination, I would still have options.

So what gear caused my packed, loaded form to turn me into a human monolith I hear you ask?

Well, if you insist. Here is the list of gear that gave me a week’s worth of follow on muscle aches and pain:

Or otherwise, how I endured much pain, torture, and cold. Really though, the experience was totally worth it, and I’ll certainly be doing this again. Probably not in Autumn/Winter though. Oh, and definitely less weight too.

I started off on the outskirts of a nearby town (Haslemere) and roughly followed the local Serpent Trail from it’s start.

I hiked from late morning to early evening, stopping for the beautful views around the Temple of Winds at the top of Blackdown (and to adjust my pack after the waist harness decided it would slowly chafe away skin under my shirt/trousers).

The remaining hike quickly tired me out.

In the last couple of hours I had to push the pace. I must have looked like a tired old pack horse with an imaginary whip cracking behind me the way I was shuffling along, wincing through the pain.

No joke, I really did make like a horse turd and hit the road, pushing through the pain barrier. My left shoulder was in a fair bit of pain from a slightly unbalanced pack and my waist and hips were hurting from the weight I was not used to carrying over that sort of distance.

After making it to one of my possible wild camp locations, the light was fading already. Sundown was at 4:30pm. I quickly set to work walking the perimeter of the common land I was on. A woodland area with lots of trees, bushes and ferns.

Searching the perimeter of my location for paths and signs of any potential snitches people, I mapped the layout of my immediate surroundings in my head.

My mentally exhausted brain had trouble time slicing this activity along with everything else going on in my head. Watching out for people, worrying about darkness setting in, hunger, cold, water for hot water bottle later on, etc…

My chosen wild camp spot was right in the middle of a triangulated area of dense ferns and sporadic trees and bushes. The paths on the common land around me were all at least a good 30 meters or so from my actual spot. I had to carefully climb through some dense brambles, brush and tall ferns to get to the area.

This was good. The vegetation and lack of trails would provide cover for my location. To be sure, I found an area of ground that was even slightly recessed. This was probably not such a great idea in hindsight (cold air settling), but at least it meant I couldn’t easily be seen from any side.

After satisfaction with my chosen location set in, and I had stopped popping my head up and down over the fern levels like a nervous meerkat looking out for those potential snitches people, I quickly set about erecting the tent.

The ground was really soft with layers of leaves, moss and other decaying growth, so the pegs didn’t hold too well. However there was no sign of any wind, and I was shelted by the natural dip in the ground.

Preferring for my tent not to become the light emitting beacon of light that is the wardrobe in The Chronicles of Narnia, I kept torch usage to a minimum.

I heated up water and prepped a meal (with dessert too of course). These were quite delicious, though I’m not sure if that was just my insatiable hunger that had kicked in from a day of hiking? I never did think that freeze-dried or dehydrated meals could ever taste good.

I did a bit of reading and relaxed in the tent. Lastly, I heated up a bit of water for the hot water bottle before settling in for an early night. In the morning I would need to head off early so as to avoid any potential contact with other humans.

I woke once at 02:30 in the morning. Either my beard was dripping cold condensation back onto me, or my sleep cycle was off from an early night. I think it was the former. Luckily I drifted off again pretty easily and was up again just before 6am.

As I unzipped the tent and stood up, two Deer hopped away through the ferns. They must have been perplexed by the strange green alien dome in the middle of their woodland. It’s probably the sight of the tall, bearded vagabond-like human appearing suddenly that scared them off though.

A quick breakfast with black coffee was in order before I started to pack up camp.

I learned an important life lesson at this point. It’s not easy packing an overloaded backpack when your fingers are just about falling off with frostbite.

I left the location exactly as I found it and left no trace. Sneakily, I crept out of my mostly hidden location, back onto the trail to begin the hike back home.

Wild camping is daunting, but thrilling. There really is a sense of freedom and excitement that comes with camping in the middle of nowhere.

If I were to do this again, I would definitely stick to a warmer time of the year, and pack less gear.

Next time around I would like to incorporate a bit of trail running and cover more distance, with multiple days. The pack weight will need to come down a couple of orders of magnitude for this to happen though.

I certainly enjoyed this mini wild camping adventure, and am hungry for more.