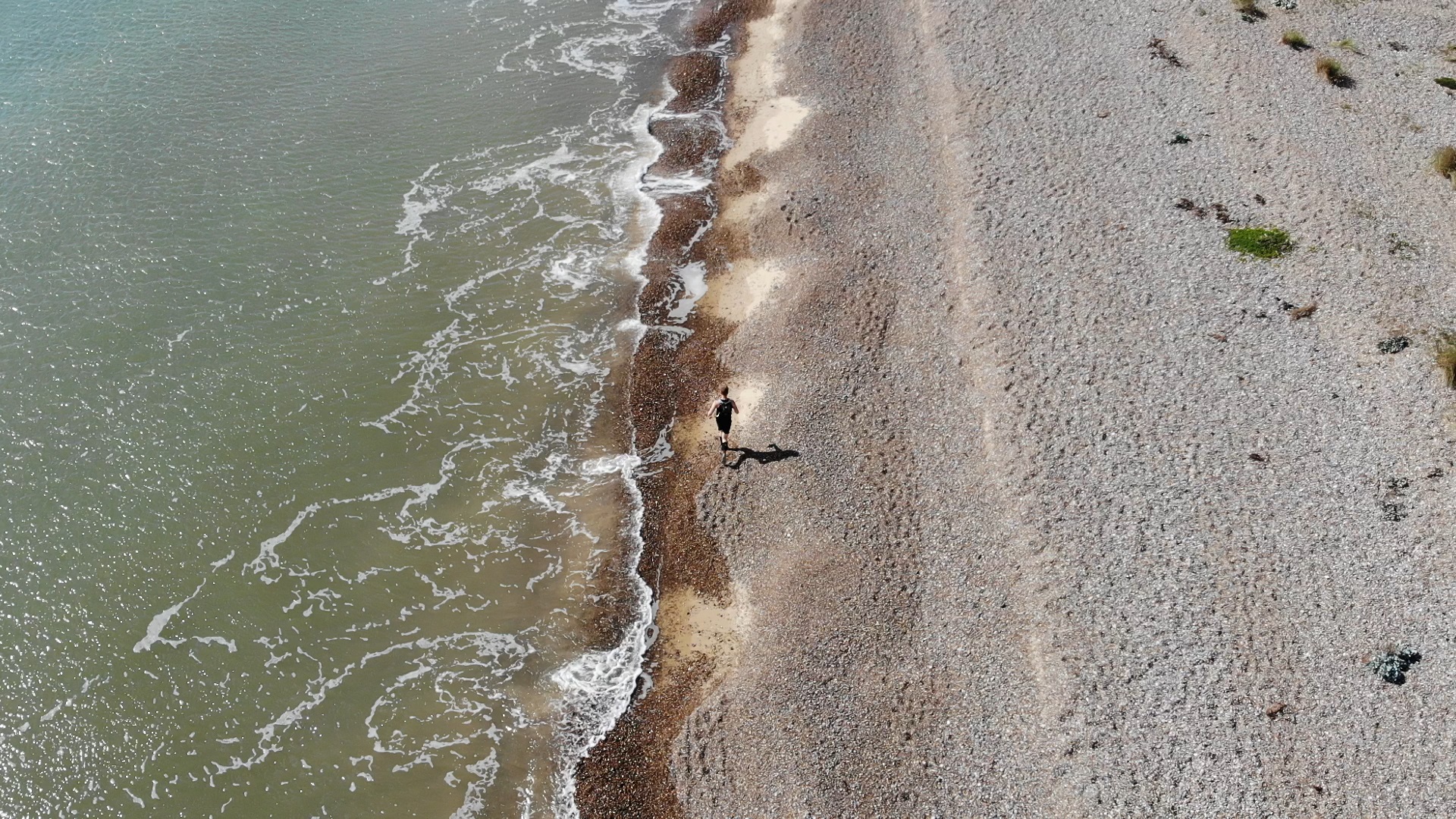 Part of my enjoyment of trail running are the spectacular views that can be had if you pick a good area. I had the opportunity to do some coastal trail running in Suffolk (UK) this weekend, and was not disappointed.

The strategy I employed for picking the trail today was very simple. I opened up AllTrails and looked at the first few options near my location.

I picked the Dunwich Forest to Coast Circular Route for it’s relatively short length (13.5km), and because it looked like it had a good combination of coastal running and forest / woodland running.

From the starting point, the first (left fork) of the route takes you through some dense, marshy woodland. There is a foot bridge along the first 1km which helps, but it was still quite overgrown with nettles and plants in parts.

From that point, the landscape changes quite rapidly, taking you into a grassland area. Lots of tall grass and nesting birds. I also came across hundreds of berry bushes (blackberries, etc…)

The downside to this part of the trail is that it was extremely overgrown. I was lucky to have been wearing compression socks, not for their compression properties, but for the full lower leg coverage!

The overgrown trails here slowed me right down and I was jumping over, dodging, and carefully brushing aside stinging nettles for about 3km. The lack of wind also meant that sweat accumulated quickly, resulting in sweat stinging eyes for a while.

At the 5km point I finally got to the end of the tall grassland and met with the coast. My first sight was rather peculiar… A cruise liner seemingly sailing across the grassy horizon. The beach was simply raised up, obscuring the ocean.

I left the trail for 1km at the point and ran along the beach, stopping here and there to fly my DJI Mavic Air, which I had stashed in my hydration vest. I managed to get some stunning views over the beach, ocean, and marshy grassland from the air.

Heading back was a welcome surprise. I had expected much more overgrown grassland and nettles. Luckily I was wrong. The return leg of the loop is much more ‘worn in’. It seems that most walkers, bird watchers, and cyclists use this part of the loop to access the beach.

It was mostly a combination of woodland, forest and bit of gravel road in places. Very easy running with lots of shaded sections. I did manage to run knee high into a very large nettle whilst not looking though. A not so nice end to an otherwise excellent trail run.

This coastal trail run route is a great choice if you’re in the area. If you’re nearby, be sure to give it a go.

Although lacking in much elevation, it has a great combination of all sorts of terrain. From woodlands and forests, to marshes, grasslands, and beaches, all in a relatively easy to consume 13-15km.