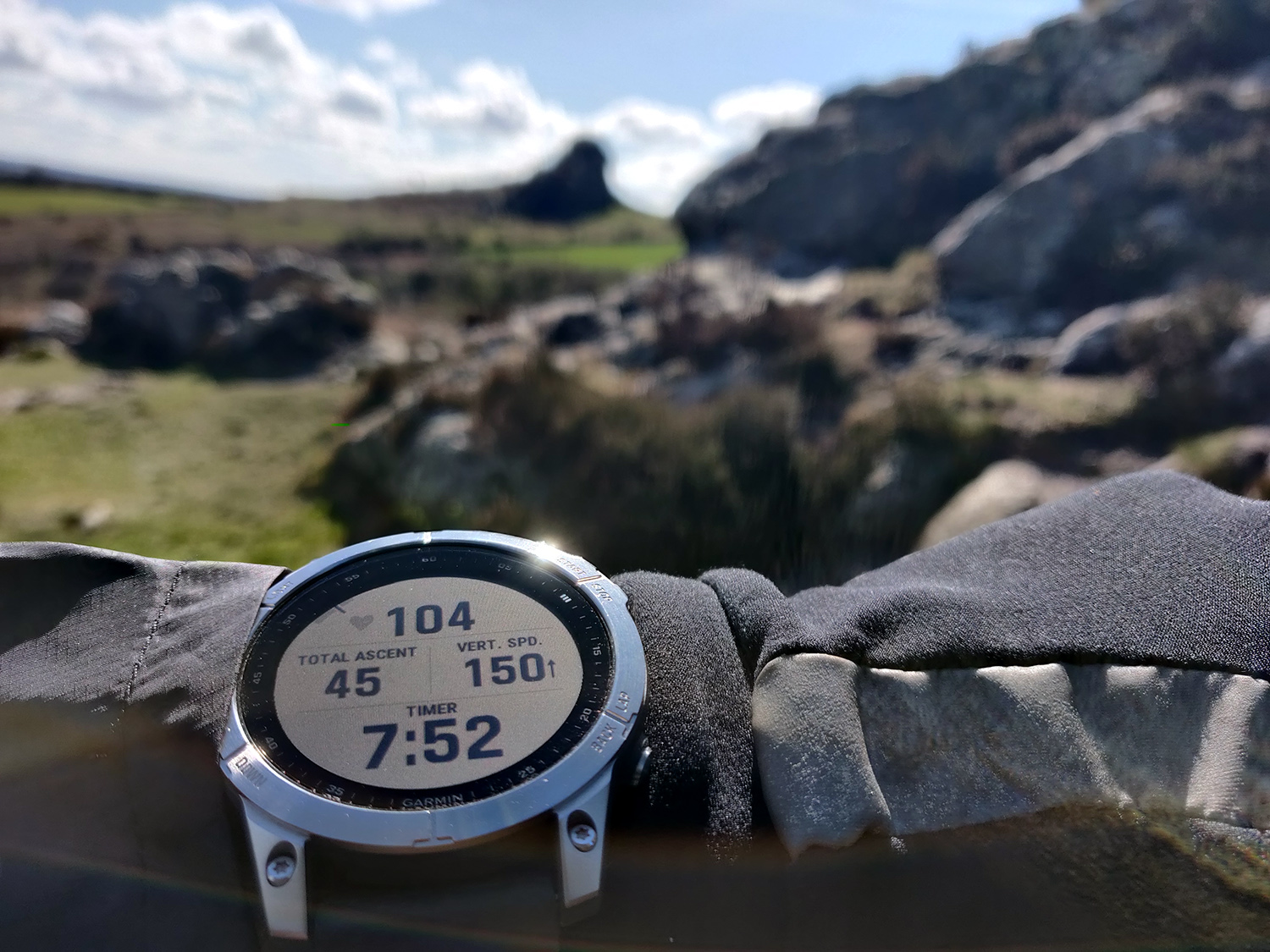 Recently I upgraded from a Garmin forerunner 245 to the new Garmin fenix 7. Or is that written fēnix? While the forerunner was a perfectly fine GPS multisport watch (with music capability too), lately I’ve found myself wanting for more. With the warmer weather on it’s way, so too is prime running season, and the upgrade would do me well.

Over the last couple of years I’ve been running more ultra marathon distances. It’s getting close to the point now where a full battery charge on a forerunner will just not cut it. In addition to that, I have some self-navigation requirement ultra marathon races coming up.

Having run my own ‘made up’ routes before, I know how painful navigating can be when you’re loaded with gear. Nobody wants to be pulling out smart phones and maps while they’re in the thick of it. I needed an all-in-one device that would have great battery life and help me with navigation.

My reasons for upgrading to the Garmin fenix 7

I spent quite a lot of time researching alternative upgrade options. I nearly went for the fenix 6, but was swayed by two things that newer model provides. A touchscreen enabled display, and better battery life.

When researching an upgrade, here is the full list of things I came up with that would be useful to me over my previous watch:

I must confess, I did not buy new. I hate the idea of upgrading devices often (think about the e-waste). So the first thing I did was scour eBay for a second hand option. I quickly found one, only 1 month old (I guess I was lucky?). The owner had decided to use an Apple watch instead as they were mainly focused on strength training. I got it in perfect condition, hardly used, and bonus at a bit of a discount over the new price.

Trail running with the Garmin fenix 7

I had no doubt this would be an excellent companion out on the trails. GPS signal picks up very quickly when starting out (much quicker than my forerunner). The elevation tracking is very accurate, and the live route and mapping features have blown my mind.

I converted a few of my favourite local trail runs to GPX files (or TCX) using the Garmin Connect app and sent them to the fenix 7. Live route and mapping is great. I start a new run (or trail run) and before hitting go, scroll up to Options and select to use the saved course map.

When running, one of my data screens is the live map with my current position overlayed on the route. As soon as I go off course the watch will start beeping at me signalling the fact. It also displays distance off course as well as distance to turns coming up. It also prompts me with a beep when a change in course direction is close.

I’ve also had great success converting my favourite AllTrails routes to GPX files and sending them to the fenix 7 to follow.

Here is a photo from a coastal trail run I did earlier today, completely navigated with the Garmin fenix 7 and a live course map.

As I suspected, battery life has been phenominal. Using full GPS functionality (glonass) and running with live course maps has been great. I’ve gone almost two weeks now on a single charge with perhaps 14 hours of running and all of that standby time. I still have a good 50% remaining.

Although beware – listening to music on the device really burns through the battery. According to Garmin you’ll get about 10 hours with full GPS and music. I tried this and it did consume significantly more battery than usual (enabling music).

I’ve also enjoyed compass and barometric altimeter features. I used these quite a lot on my trail running marathon distance over the Brecon Beacons a couple of weeks ago. The altimeter was great to track elevation up and down the mountains. The compass also helped me keep track of my general direction with a quick glance. It was especially useful on the return leg when I started doubting my surroundings (due to change of light and reversed direction).

Speed and storage. The fenix 7 seems to have a much faster processor than previous models. Everything you do is snappy and quick. From synchronising with Garmin Connect to picking up satellite coverage. Scrolling around live course maps is also very fast. There is no lag when dragging the map around. There is also a good 16GB of internal storage.

Other than the above, all the other standard Garmin Multisport watch features you would expect are there. From pedometer/step counting, to pulse OX sensors. These are all things I’ve had in previous smartwatches and there is nothing new in these departments to write home about.

Overall I am very happy with the upgrade. I saved a bit by getting it second hand (a month old), and it has excelled in all the areas I needed it for.

I am especially happy with battery life, touch screen, and the live course map features. It’s served me well on both trail running and treadmill runs. I also really like the stainless steel bezel.

Things to beware of if you are considering buying or upgrading to the Garmin fenix 7: